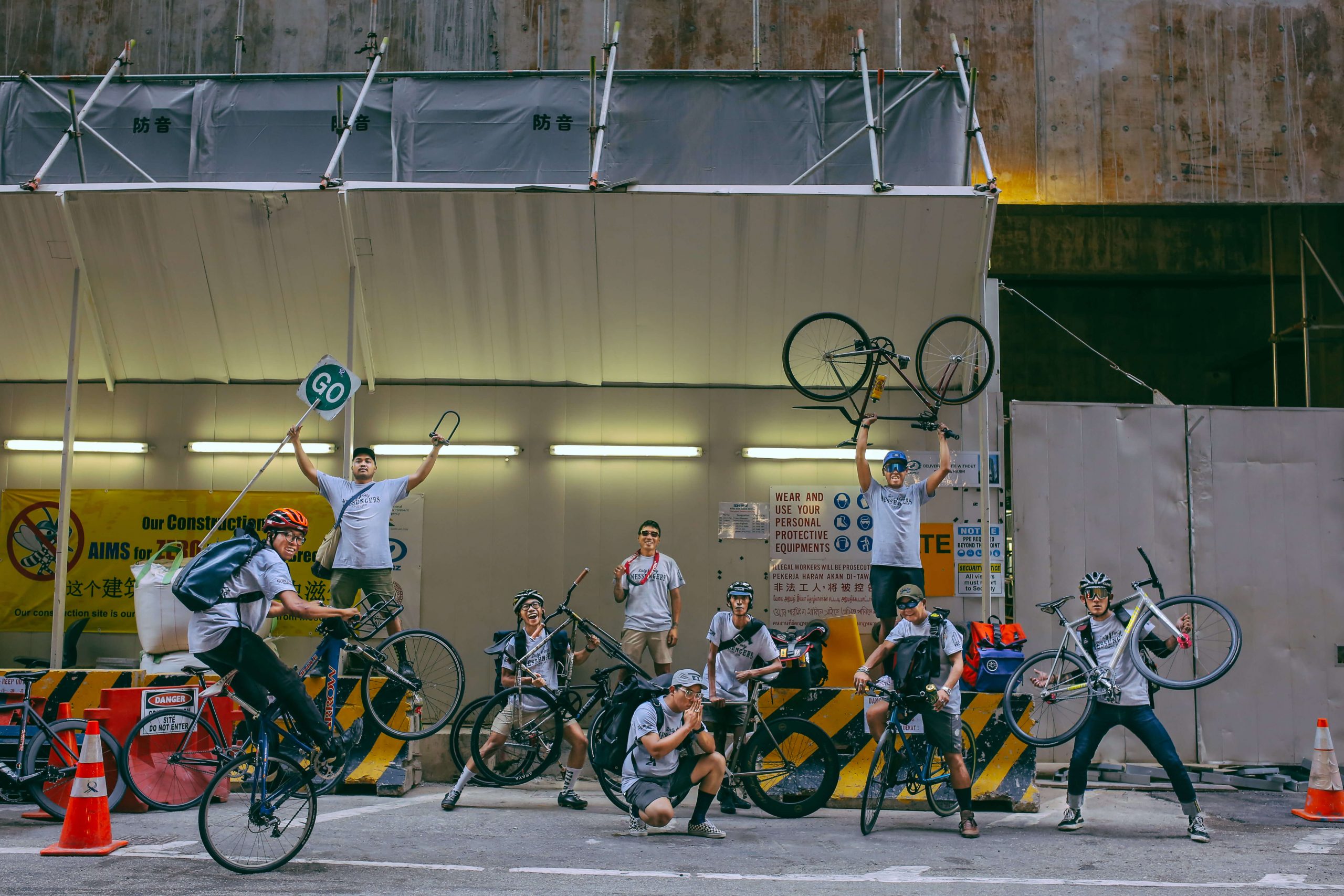 The Cycle Messenger World Championship is one of the major international competition and urban cycling culture event for all bike messengers/cyclists. This is the time where folks from all over the world show up to power through their skills in cycling while simulating the work of bicycle messengers by picking up and delivering packages throughout the host city, clocking their fastest during the main race. Each year it gathers the best professionals that garners a crazy load of enthusiasts – both participants and spectators alike. Indonesia was chosen as 2019’s CMWC event after the bid during the 2017 Montreal championship. Everybody is welcomed to challenge their skills and endurance. CMWC is a platform where participants and spectators can exchange their experiences and learn about new things in the urban cycling culture. Taking full advantage of the fact that this year’s event will be held in Asia, the boys from our local scene, 60//40 Messengers are pumped to make their participation this year a memorable one. We sat down with Ijal and Aizad to get more juice! 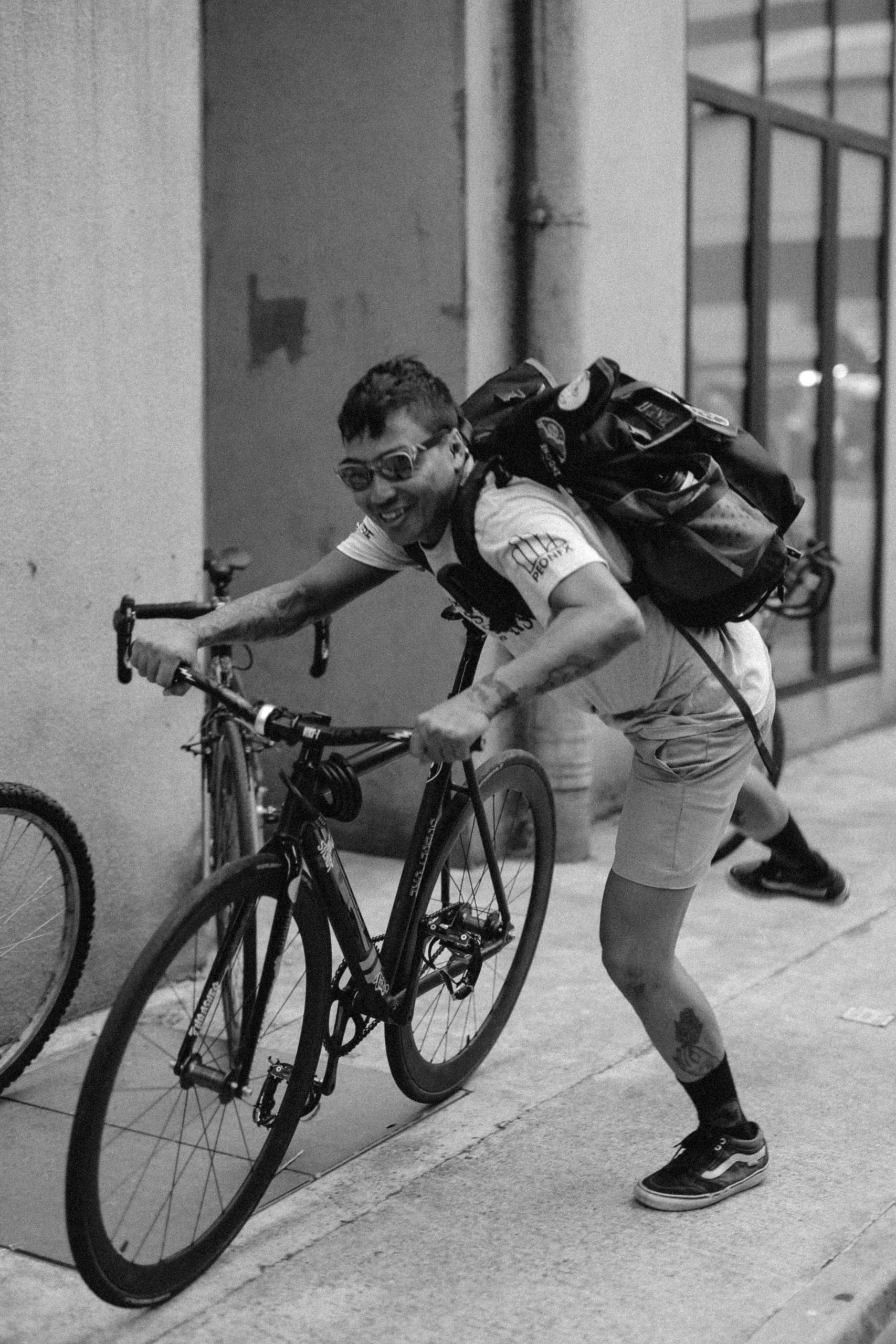 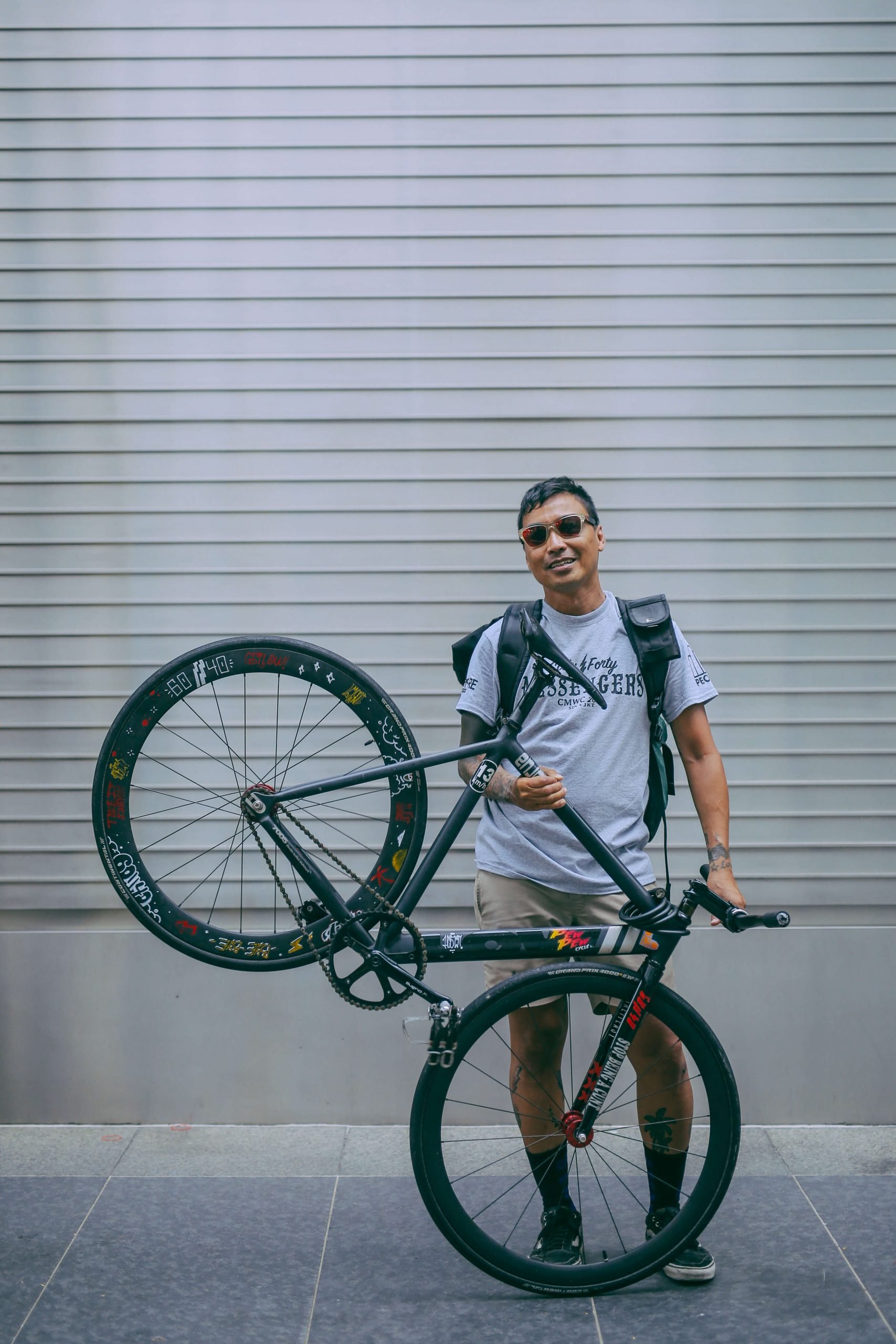 What exactly is 60//40?  60//40 is the rate price for our bike messengers – 60% goes to the rider and 40% goes to the company. So everywhere we go, any company that takes us the money will be as such. So that’s why we named the company 60//40. But all in all, we are freelancers with no fixed monthly pay. We just work hard. Punk rock. Street style. Who is behind 60//40? Ijal, Aizad, Juf & Jimmy. Jimmy is the OG. Melanie also helps out a lot on the backend stuff and deals with customer service on the daily. Groundwork would be Jimmy and Ijal who are overseeing delivery schedules. Aizad is our resident designer who holds the creative juice box.  The ones who pedal through the delivery jobs around Singapore aren’t just us but we have got a few other messenger friends who helps us  out as well. When did 60//40 formed? 60//40 started in December 2013, soooo we are coming to 6 years now. Man. 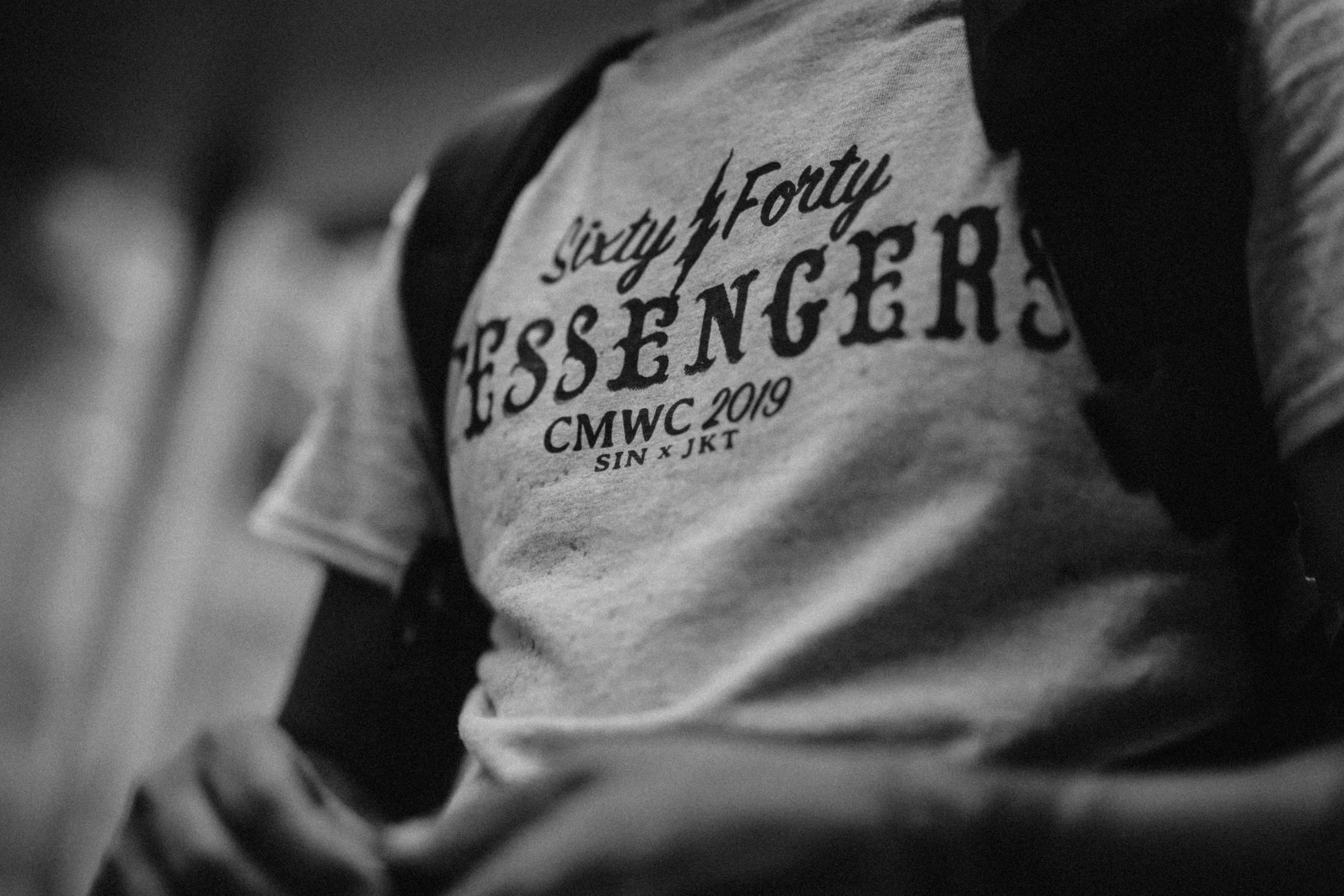 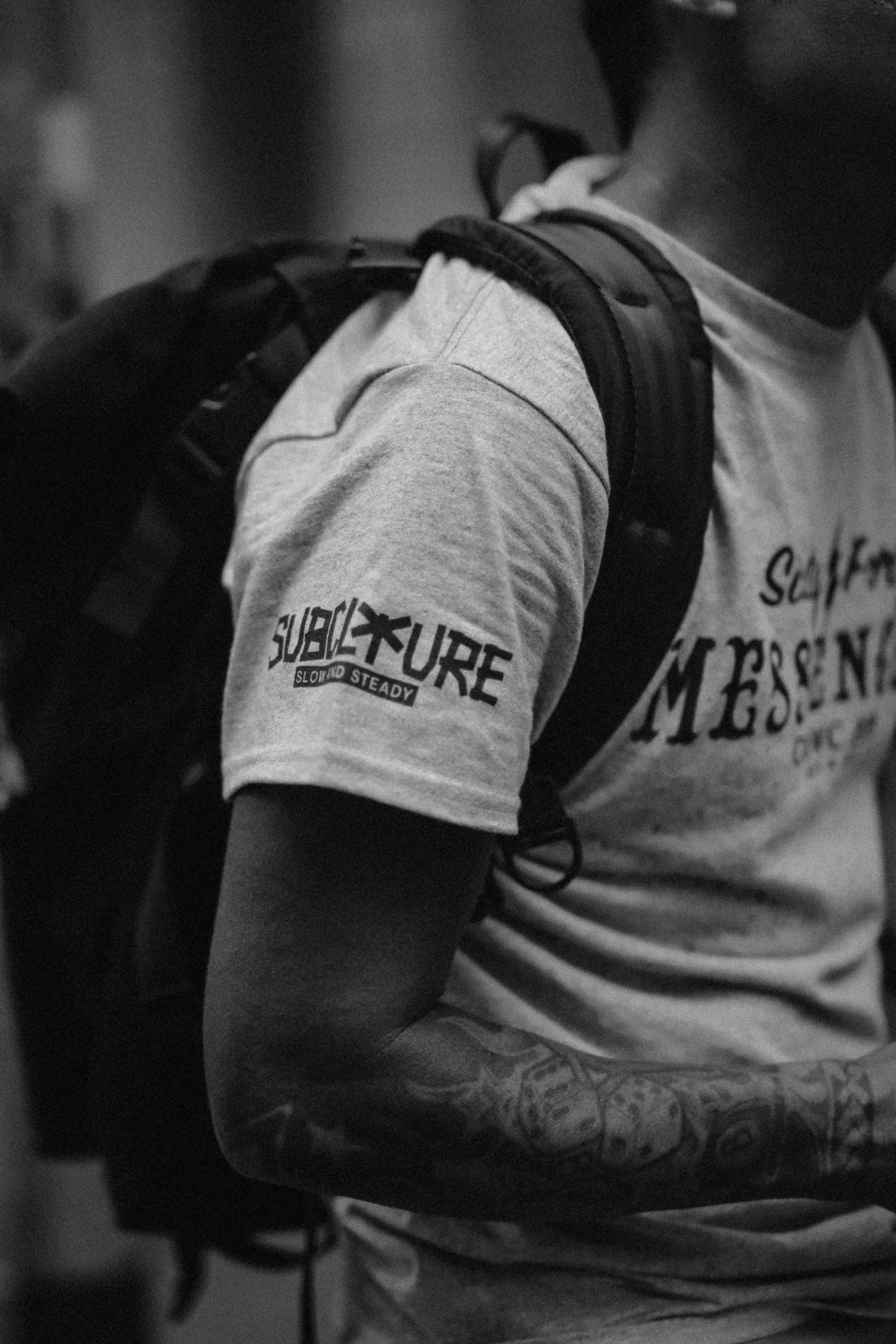 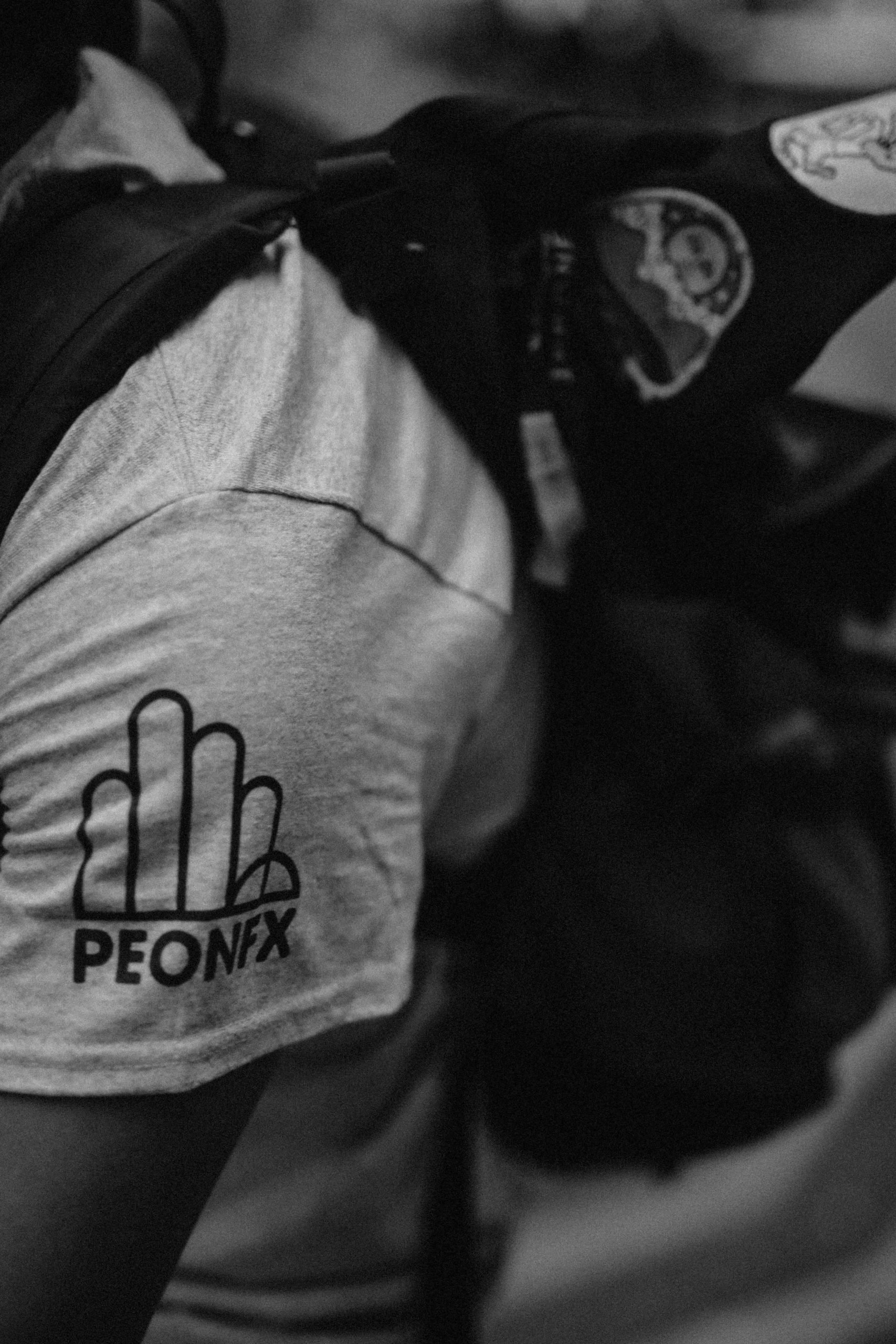 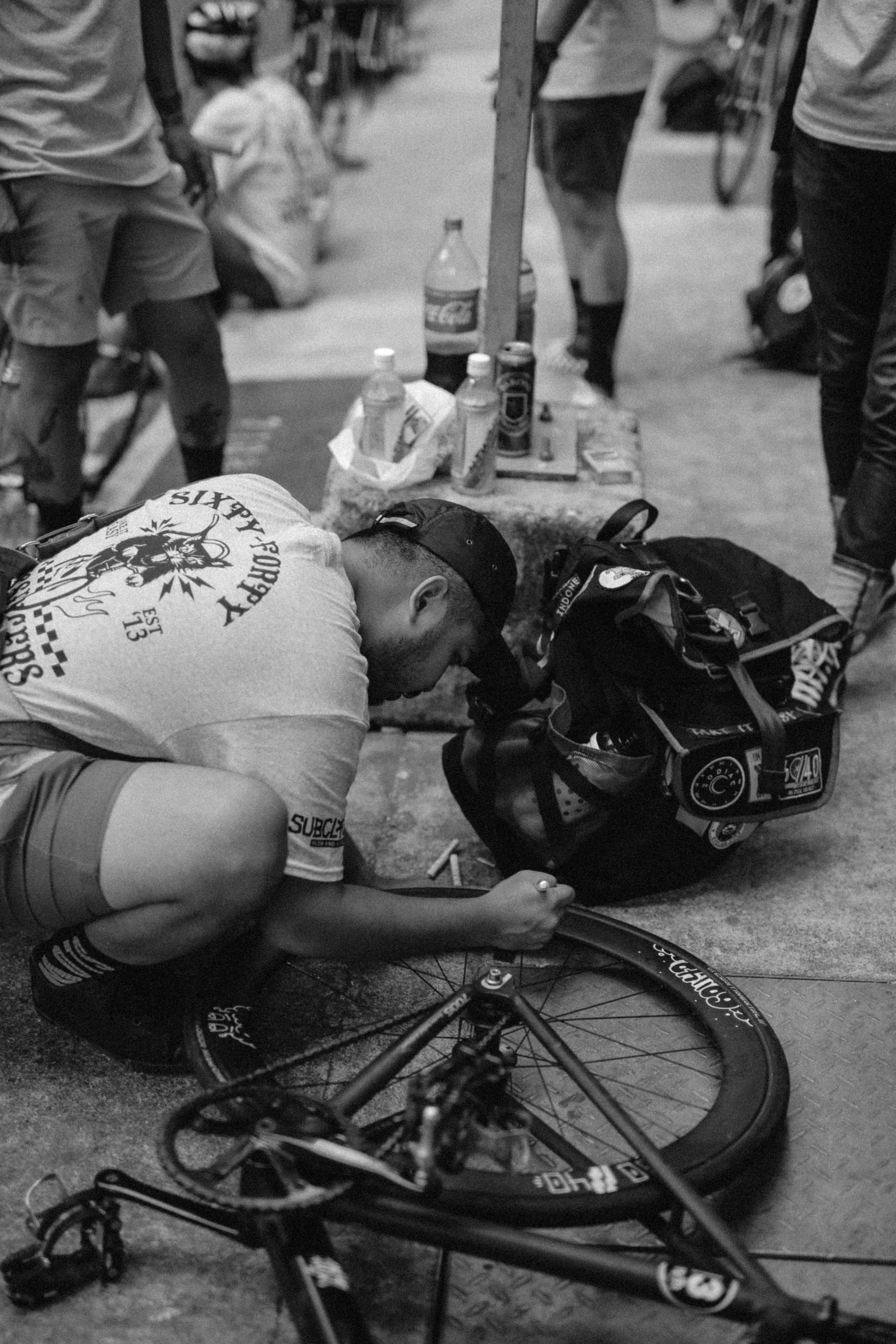 How and why was it formed?
We started with the AlleyCat race in CBD. We were hanging around after the event and Jimmy initiated and said “Why not we try and open a company, like a small business?” That’s why we formed 60//40. It was just an idea floating around until Jimmy had contacts to proper channels (like a bank) to kickstart 60//40.

How would you describe the (bike messenger) lifestyle?
We think it is mostly influenced by the New York messenger life. It’s just how they are during jobs and after hours hang outs. It is also about freedom, if you are running this kind of business it is freedom to manage your own time. You are also paid to do exercise (Hahaha). That is a plus point for us cyclists. Also there is an influence from this one company in San Francisco that is formed by bike messengers also, it’s called TCB – Taking Care of Business. Their start up was a great influence because they were using those cargo bikes and stuff so their lifestyle is super interesting.

What are the three vital items needed when a bike messenger is on the job?
Pen, notebook, stapler. Actually banyak (Actually a lot), like bicycle also need ah. Oh! And bicycle tools. Just in case.

Tell us a struggle you overcame.
We had a loyal customer in 2014 that has been with us for a few years and we had a fixed amount of (good) money coming in. They then had a shift in management with a budget cut. They did not inform us earlier and when we went there as per usual to see if they had stuff to deliver but found out that they engaged another company instead. It affected our income and we could not give jobs to the rest of our messengers. We had to find other companies by giving brochures out around the CBD area, stuffed it in their letterboxes. The market is always going up and down but we stuck with our rate even though it is competitive in the courier field. We don’t want to lowball and spoil market. And it is different comparing a motorbike and bicycle. At the end of the day, it is about the service. Cos ada yang amek murah tapi service lambat tak ikut time (There are people who will take up a cheaper service but bear the consequences of late delivery that does not follow the allocated time). 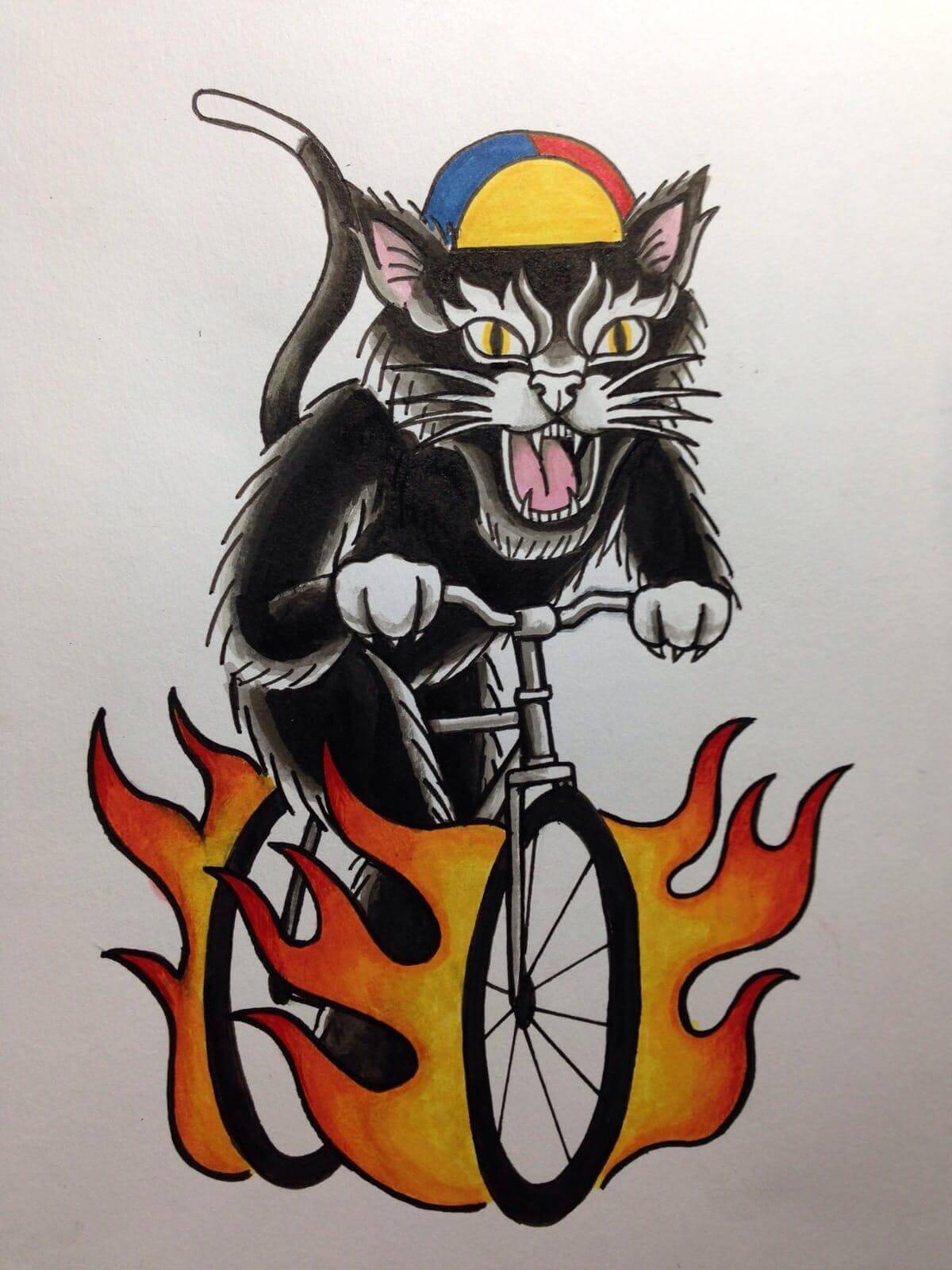 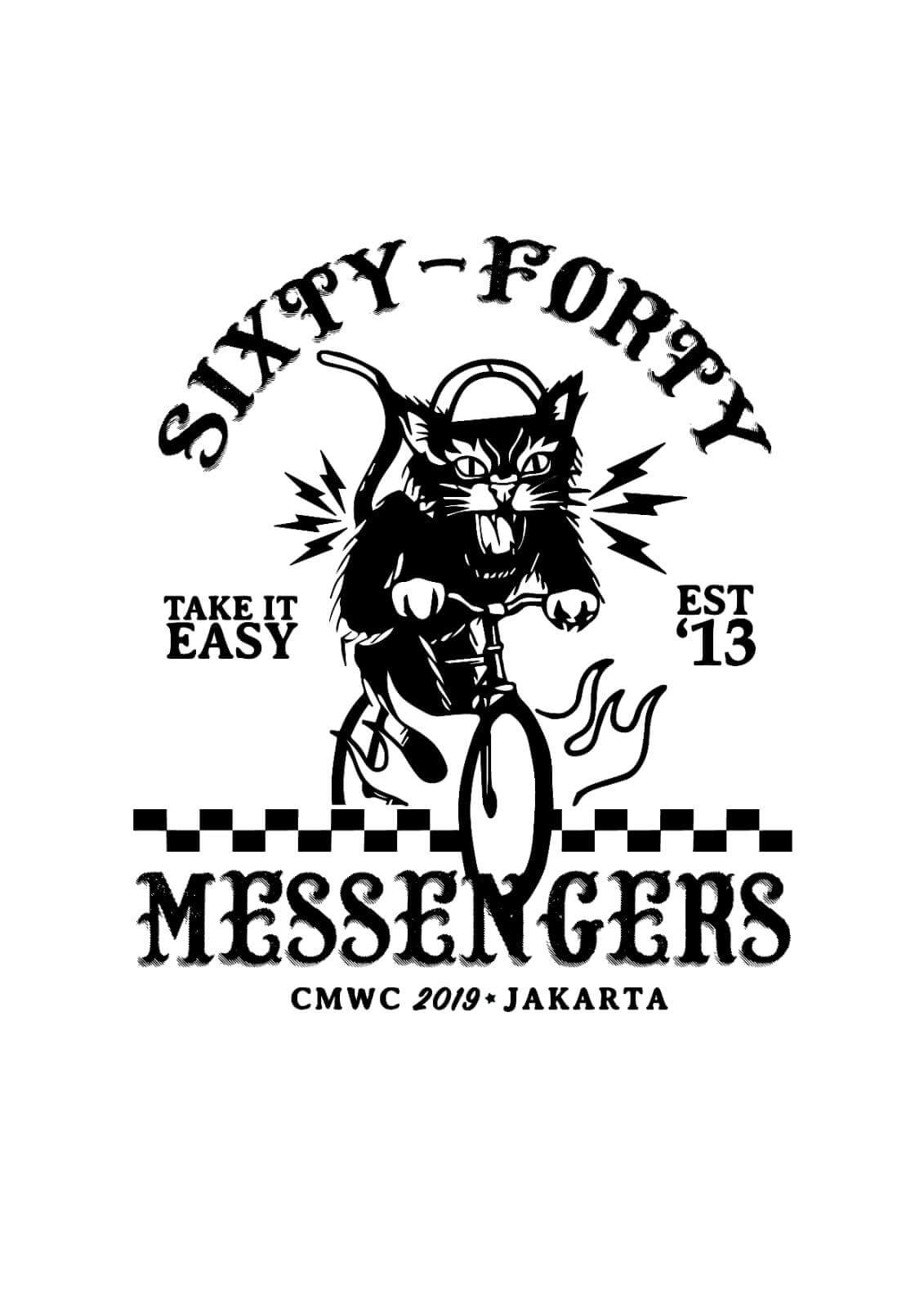 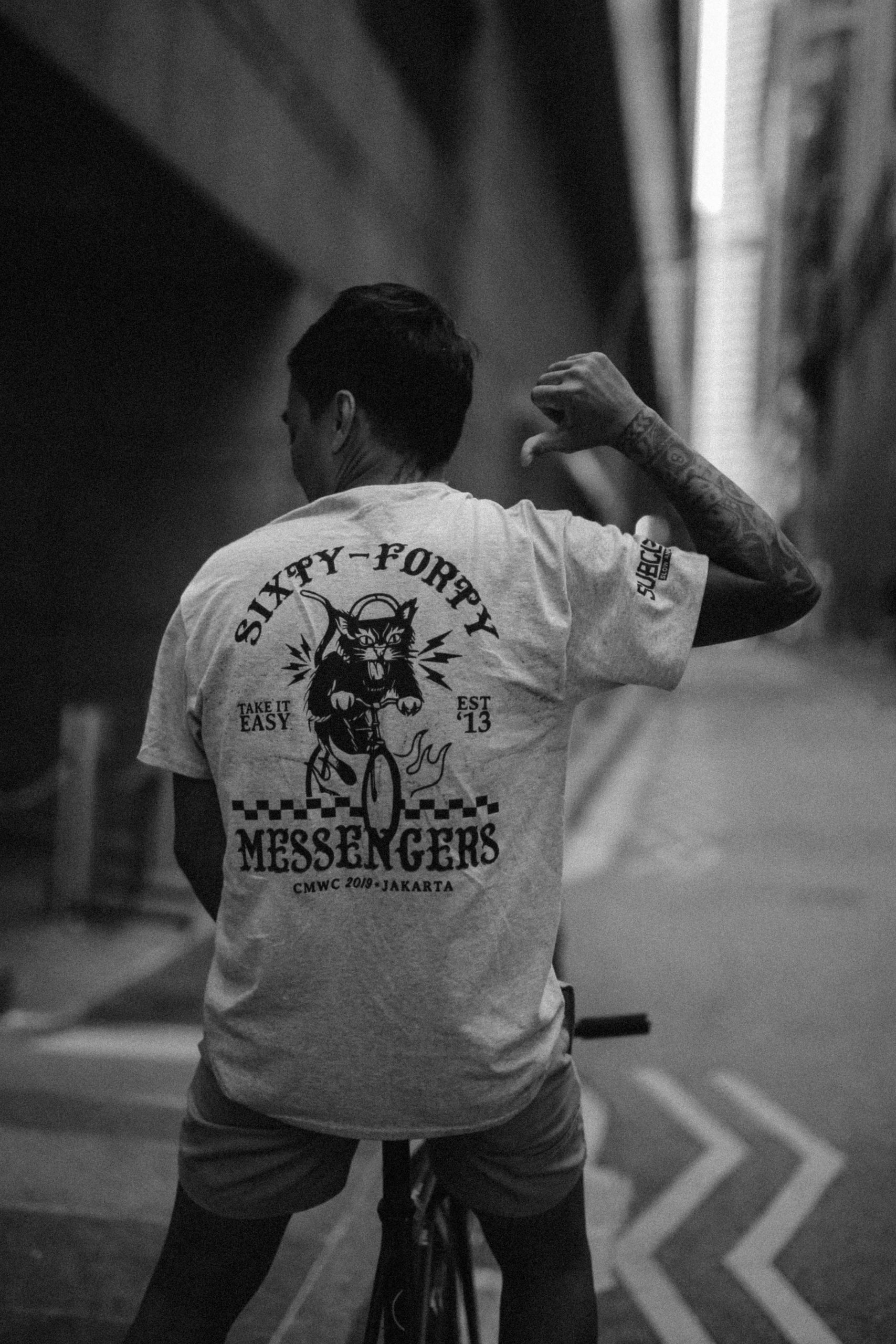 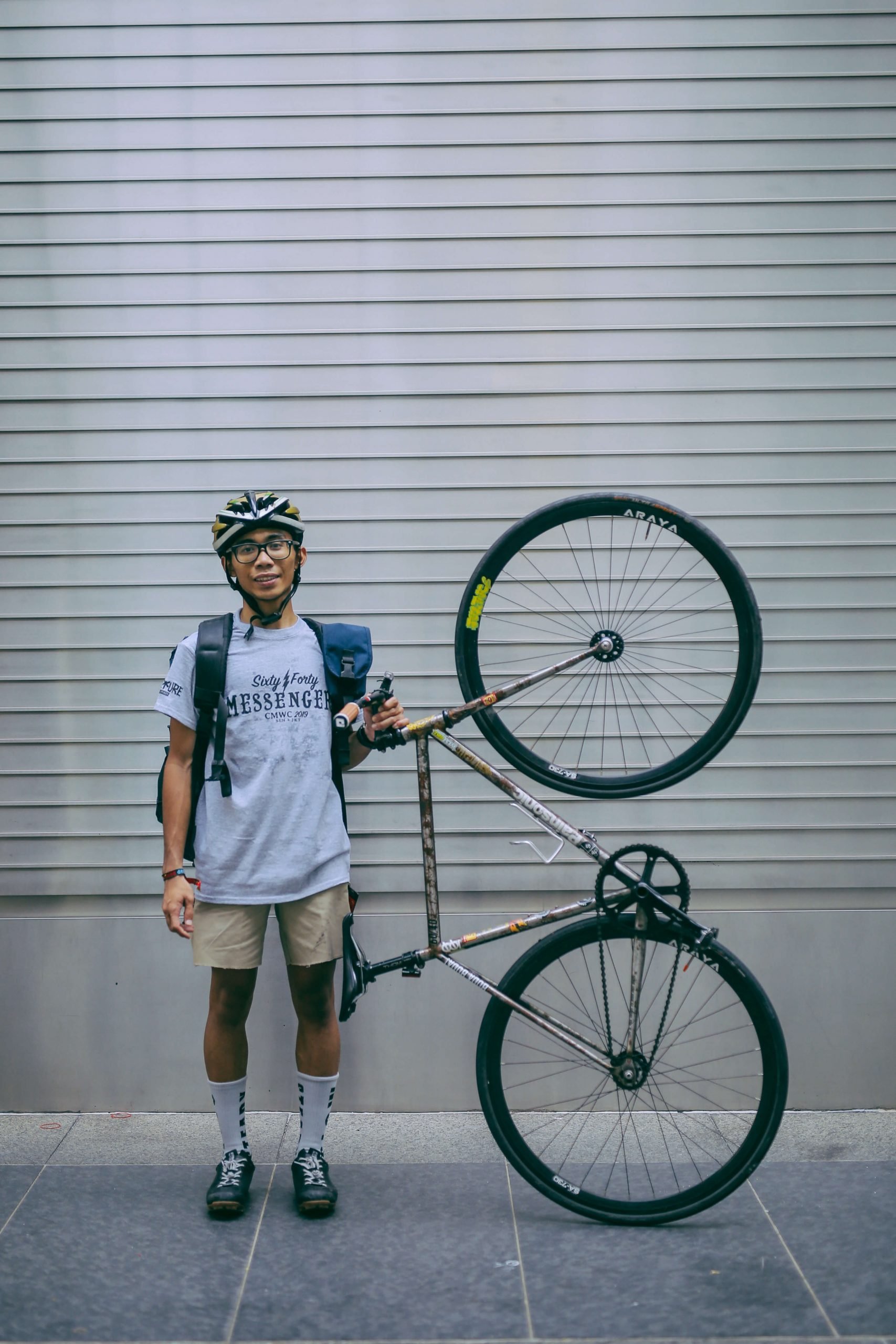 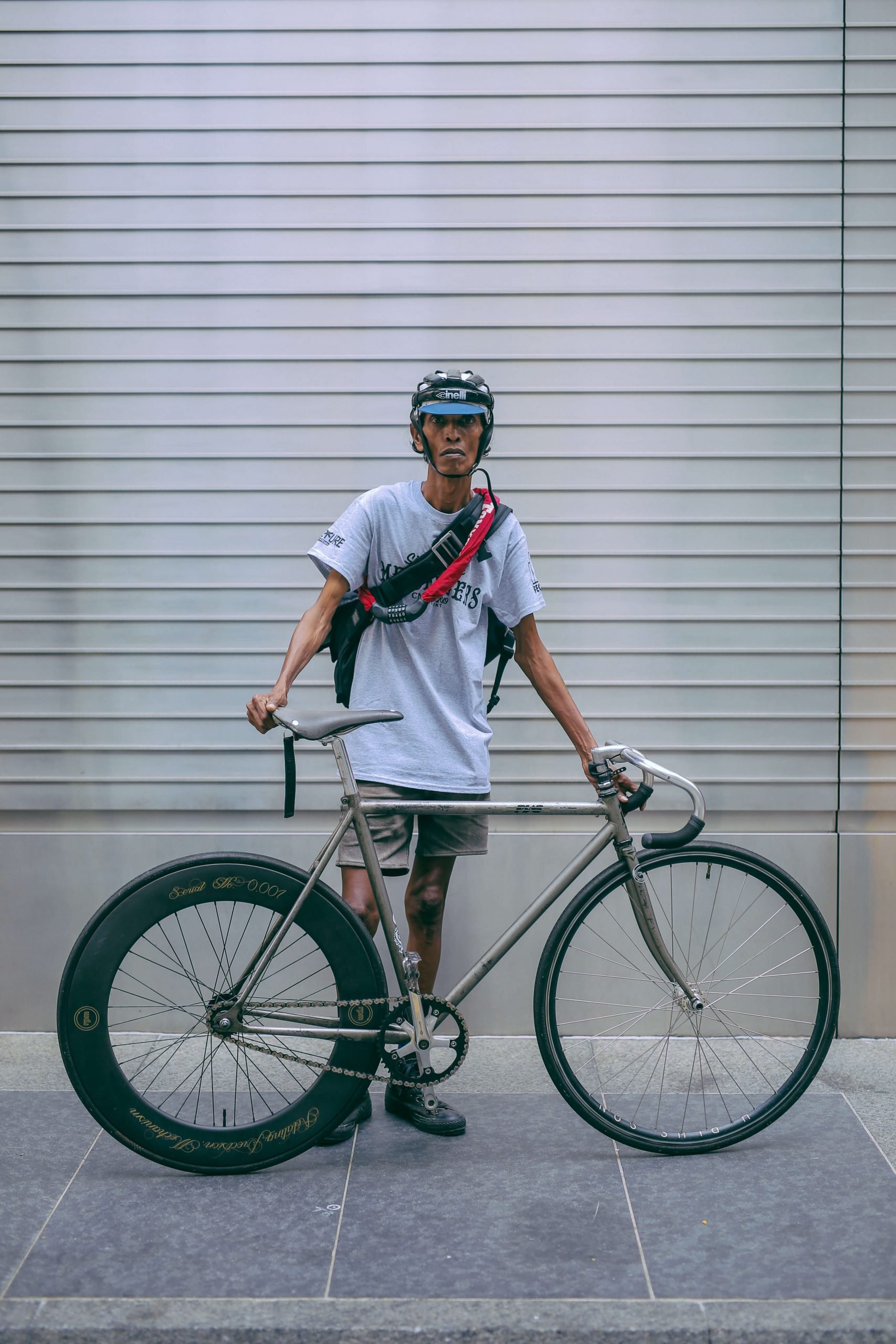 How do you feel about 60//40’s participation for CMWC?
We see it as an opportunity because it’s so close to Singapore. CMWC’s event location changes annually so since it is in Jakarta, we want to take this opportunity to reconnect once again with our friends over at Jakarta who are also into the same passion and interest as us.

What are the preparations (training sesh etc) needed before hitting CMWC and what do you hope for out of the participants this year?
We leave it up to the riders – Zac & Mok. They train on their own like when tengah kerja tu dorang train (they train when they work during deliveries). Zac is into these things and has joined Holy Crit (Another local event in Singapore) so that is like his training and Mok hasn’t experienced CMWC so why not right? We just give our support to them for the race. We just want them to have fun, enjoy the atmosphere and experience. Take it easy ah. No expectations and pressure. Different countries, different people, different lifestyle. Ada yang bawak messenger bag pun lain (some even use their messenger bags differently), like really abused. And when we thought ours was already quite bad – Their faded bag is totally faded, super legit. Hardcore. Different environment. Their style of riding is different, in Singapore the rules are very tight and restricted but when we look at videos of other riders in other countries they are more hardcore. 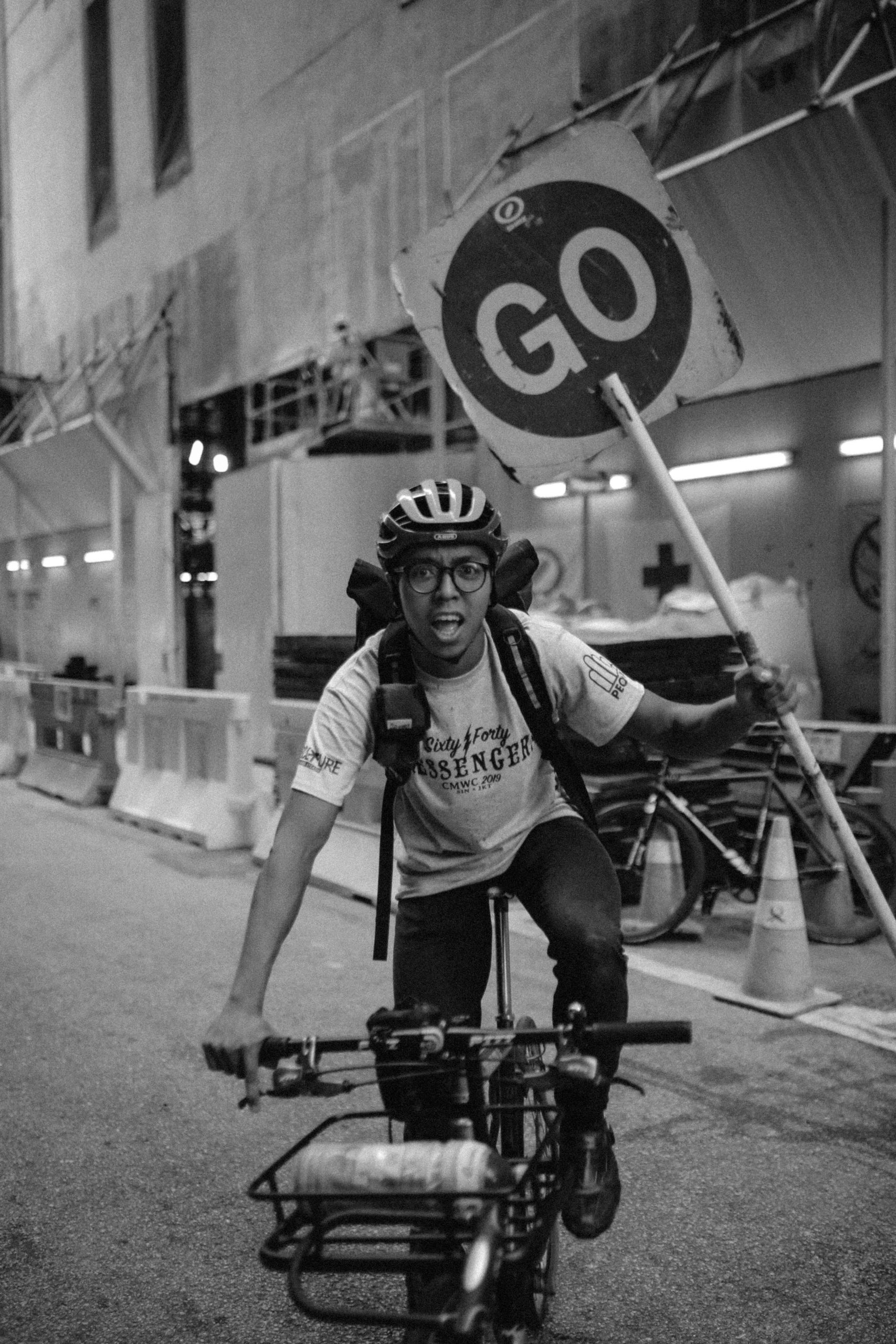 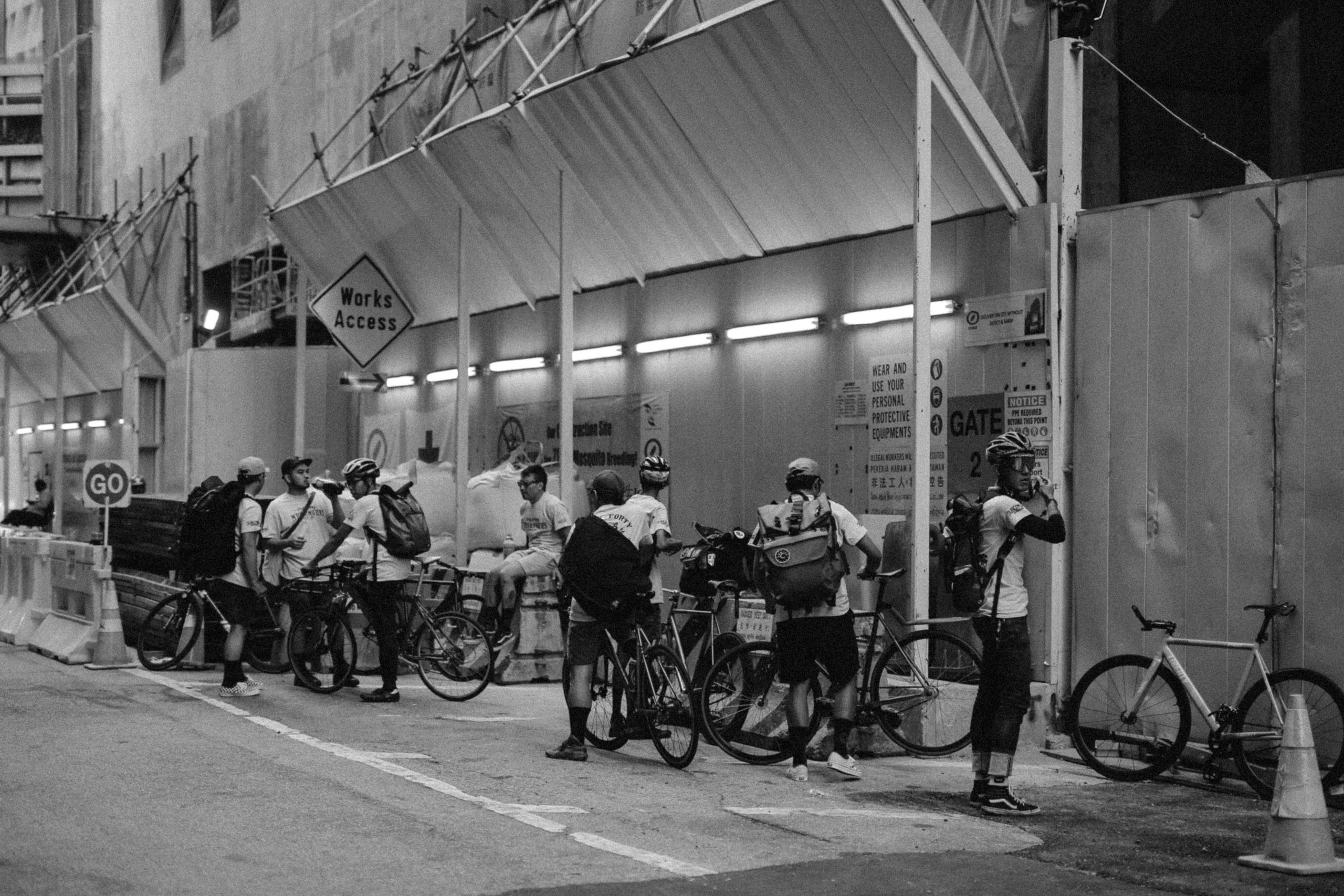 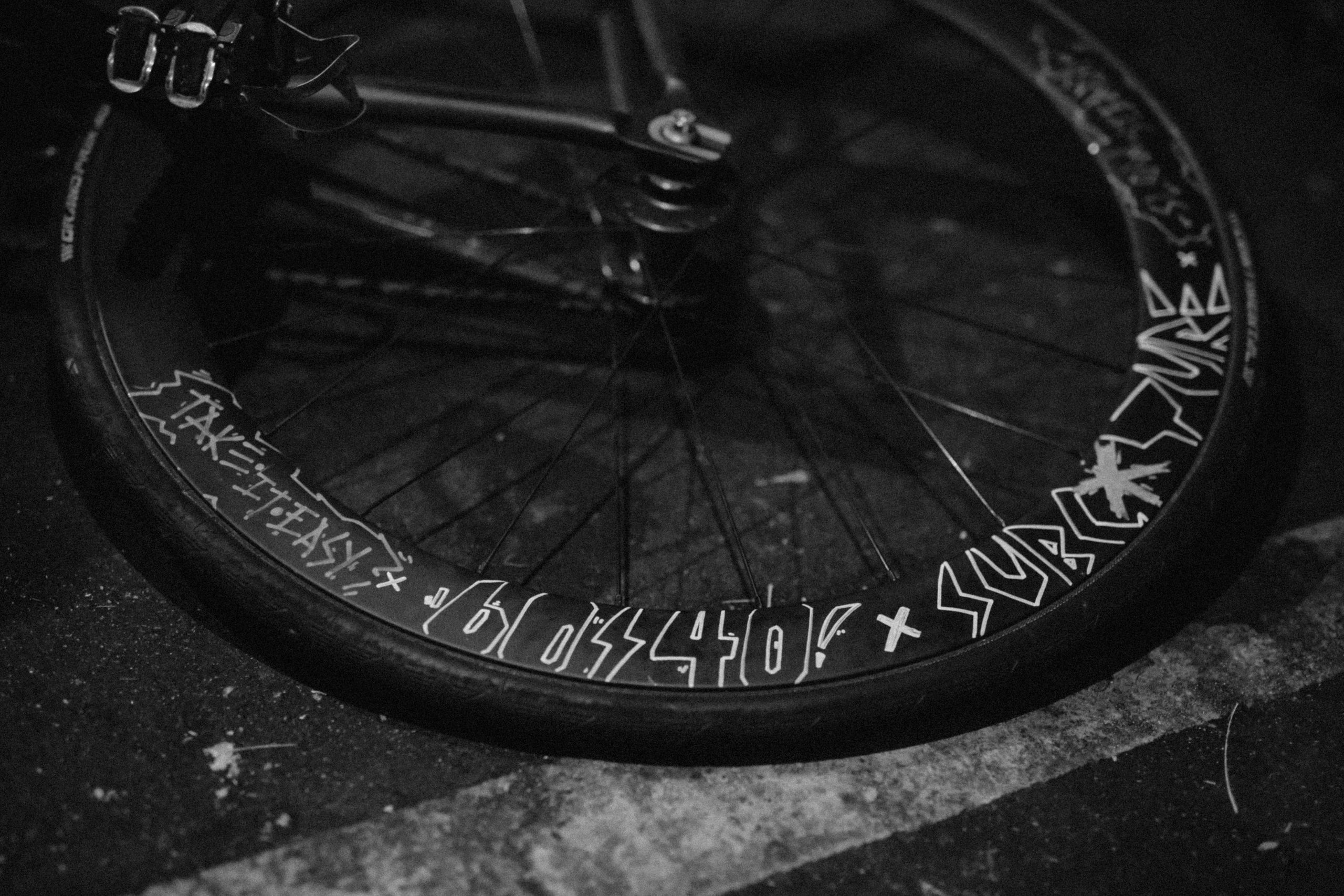 You guys sure ride fast to deliver the goods but how do you relate to Slow & Steady? Being a bike messenger memang tak boleh slow tapi (Being a bike messenger honestly cannot be slow but) whatever you do, every job must be completed. Slow and steady applies more into the backend. Everything must be in order. From making sure that all orders are correctly received and delivered, to scheduling which messenger goes where and when to transactions and settlements after each day is tallied properly. The overall service matters the most. Sometimes it might feel overwhelming when you go too fast with so many things happening at the same time so it is important to know when to hustle or when to slow down. Are there any plans for 60//40 in the coming future? Any information we can let known to the public? Probably AlleyCat #2 since the first was well received. In the midst of planning. We need time to finalise our resources. Also to those reading this and would like to support our community by taking up our style of courier service – If you are an introvert, you can message us on Instagram or Facebook and if you would like to cut to the chase, just give us a call at 85411878! Nak cakap pape lagi? (Anything else to say?) MESS LIFE! MESS LIFE! TAKE IT EASY. JUST DO WHAT YOU LIKE COS IF YOU DO THINGS YOU DON’T LIKE YOU WILL NEVER  BE SATISFIED. RIDE SAFE! 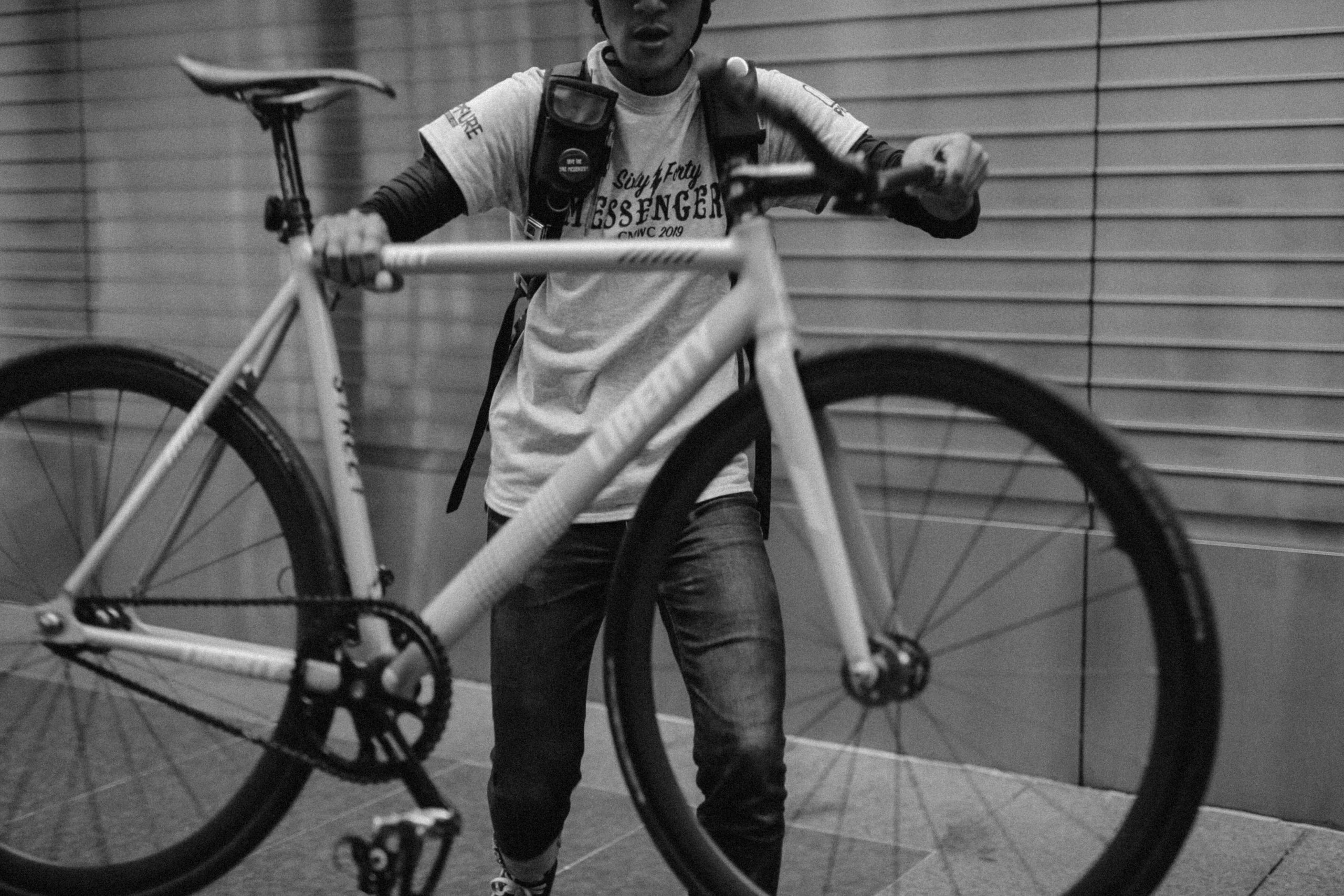 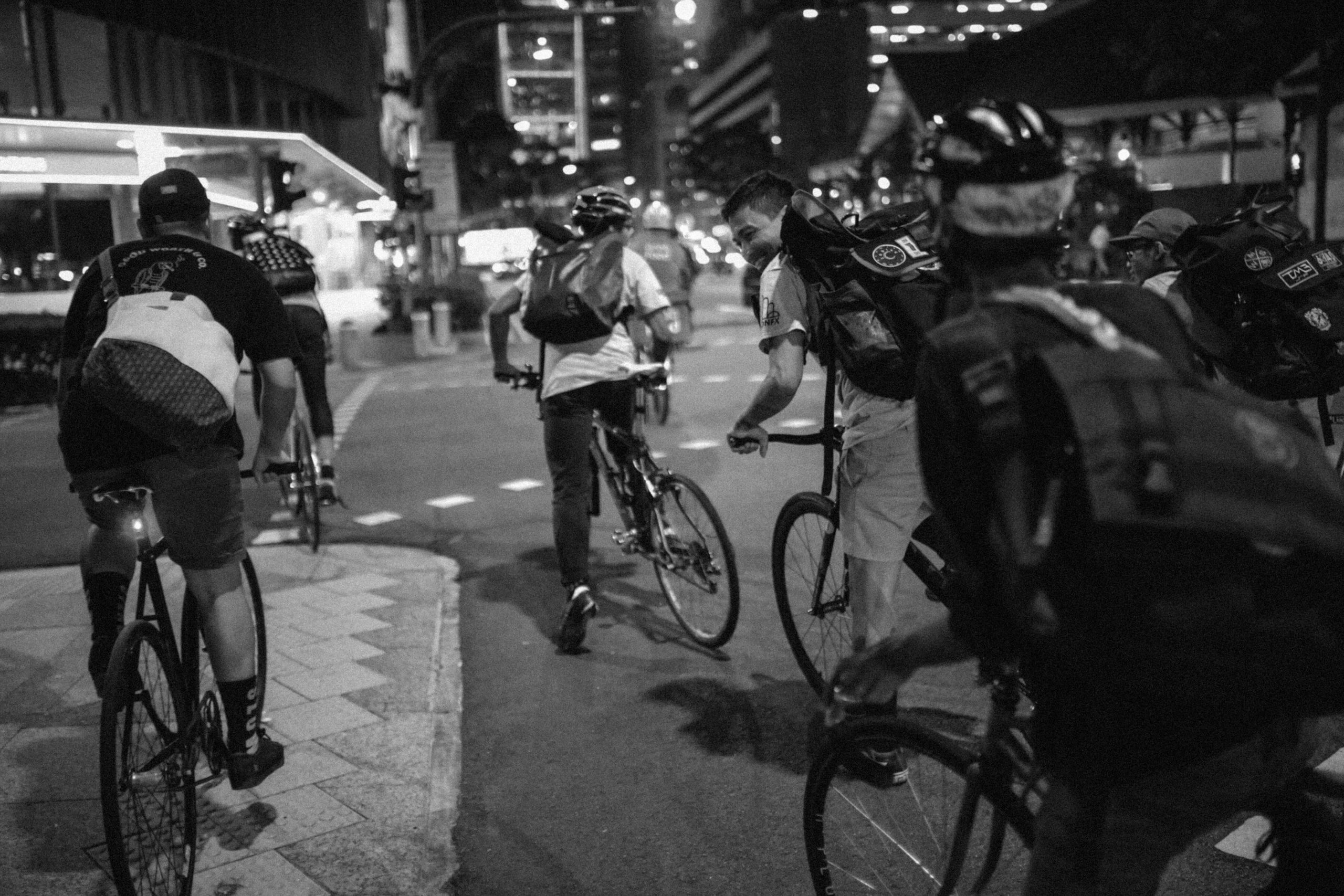 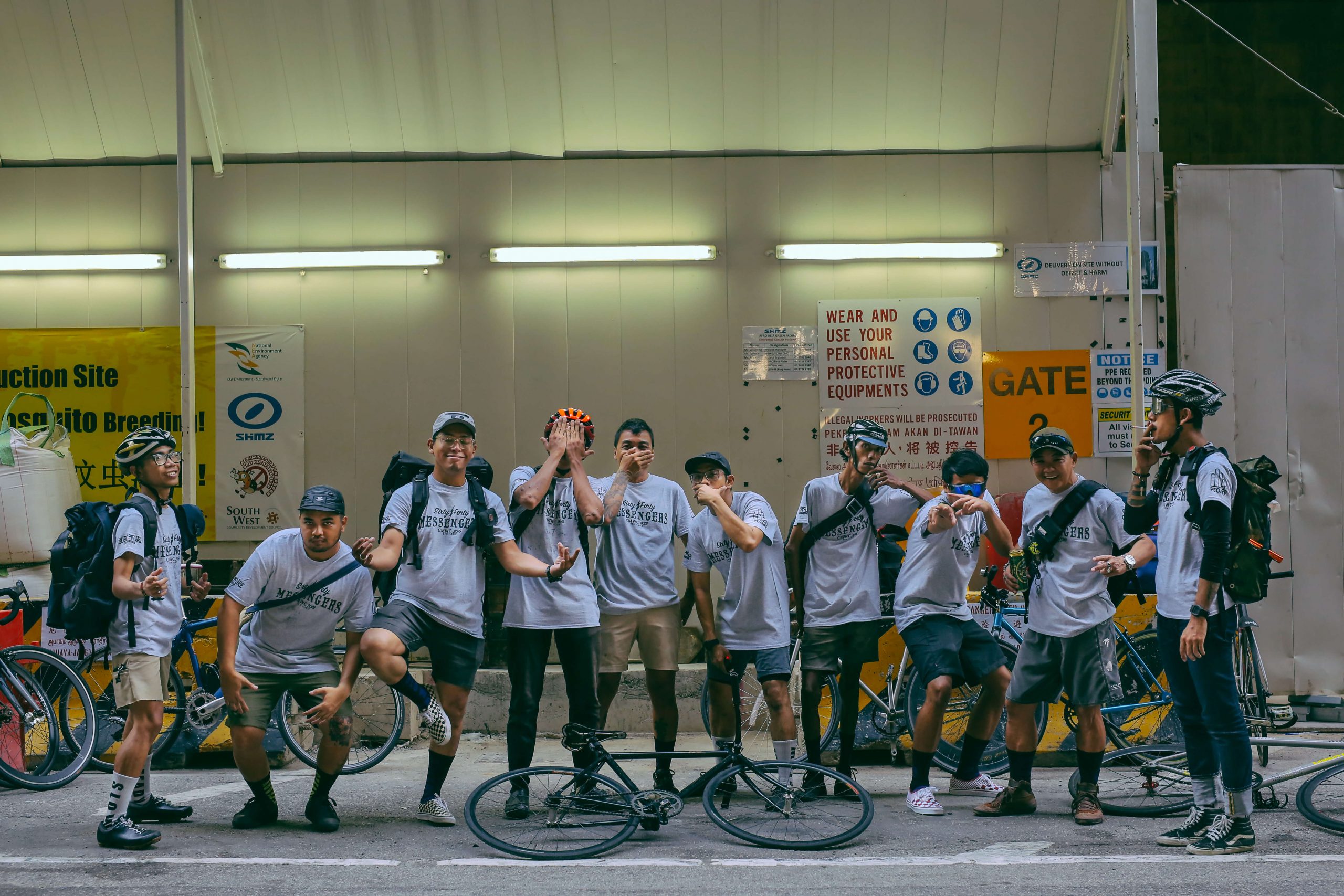 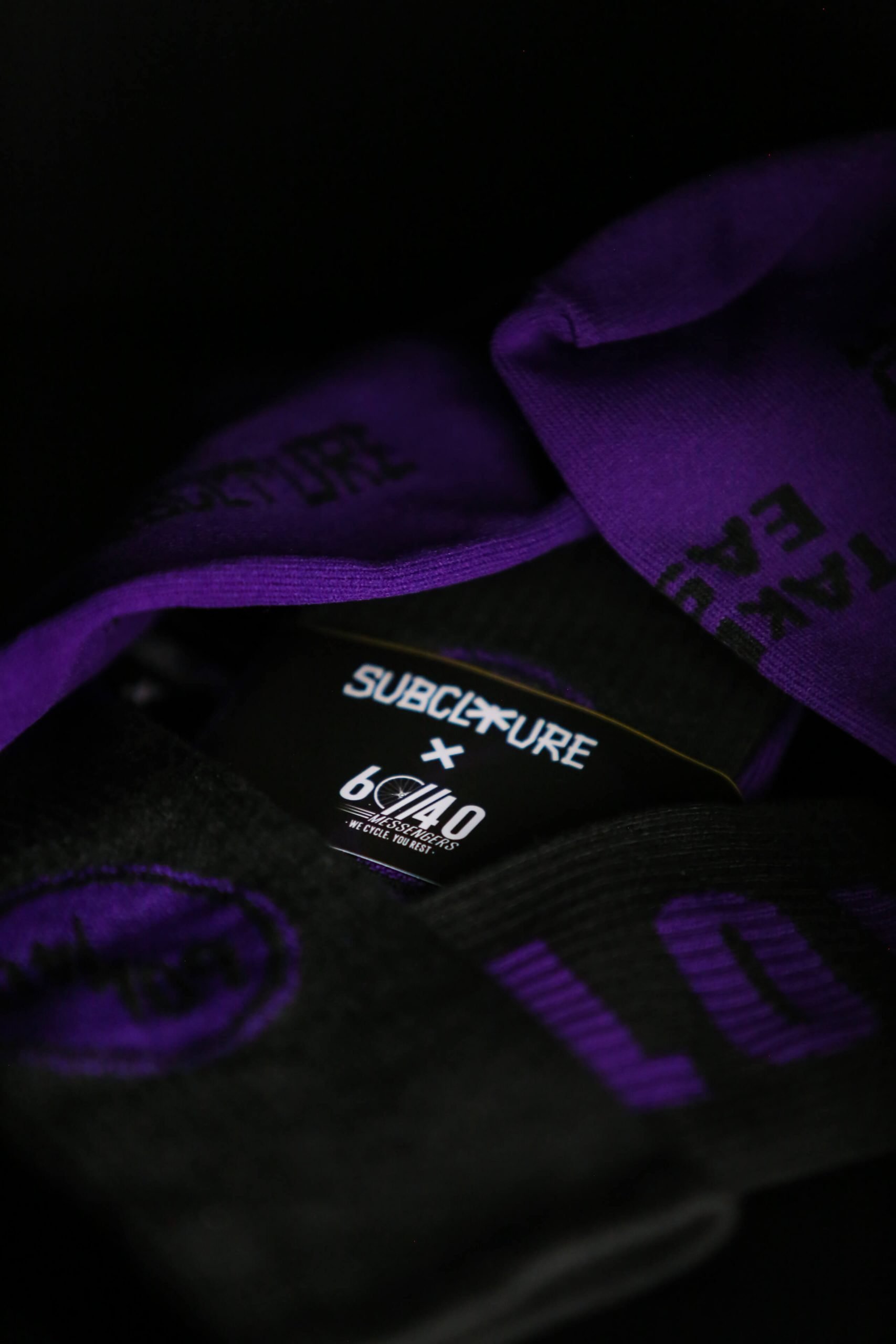 This article and product collaboration with 60//40 Messengers was a long time coming. We had the intention to work with them (somehow) even before anything else took flight and we were blessed with this opportunity. This experience will  always be truly one of a kind – Bringing back solid memories from 2013 when we first got together to capture the essence of our local bike messenger scene. Spending some time with these boys once again was definitely a fun one and as always, much respect! If you are into the MESS LIFE just as much, we have created an exclusive colorway for 60//40 Messengers x Subclture participants in this year’s CMWC. We cannot thank the gang enough for reppin’ hard, safe flights and have fun man! If you would like a pair of fresh to death socks, shop now! This one really small quantity guys so……………………

To keep up with CMWC Jakarta 2019, you can head over to their Instagram right here and to view the rest of the pictures, here is the full set. Take it easy!